Last week (November 4th) it was Brazil's turn to host “Minitube's Virtual Porcine Reproduction Meeting”. The event followed the same pattern as the other events held in the second half of this year around the world, in different time zones and languages. Events have already been held for Minitube customers in Europe, Australia, North America, and South America. This time the target audience was Minitube's customers in Brazil. In total the event had several participants, represented by our main customers.

The lectures were about new products that Minitube has been working on over the last few years, including the QT-Packer (for boar semen bags) and TwinPacker 2.0 (for boar semen tubes), and the newly developed management software, Prism10.

To finish the event, there was a lecture about the "Prevention to the use of antimicrobials in swine semen production", talking about the current situation in Brazil and which alternatives are available for the reduction of its use. After each lecture there was a round of discussion and the participants were very interested asking several questions.

Minitub do Brasil would like to thank all customers who took the time to attend the event and our colleagues from our headquarters in Germany, who helped us with the organization. 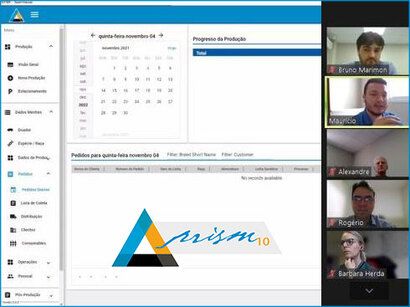